After you have tasted the Lebanese food, you should find time for a ride. You can visit Byblos, a city that is reputed to be the oldest in the world. Excavations have revealed artefacts dating from the Neolithic as well as from Canaanites, Phoenician, Hellenic, Roman and crusader period.
Visit also the Sea Castle built on the Roman remains, in the port city of Sidon. You can see one of the most well preserved Roman temples in the world, at Baalbek, near the border with Syria. The columns of the Temple of Jupiter raise from behind a complex of other temples.
Visit also the extraordinary Jeita Grotto located 20 km north of Beirut. The galleries have two levels, with a subterranean water channel, and the lower cave can be explored by boat.
Enjoy Tripoli, the second largest city of Lebanon. The historic centre from the Crusader Castle contains many mosques, including the Al-Muallaq Madrassa, Burtasiyat Al-Qartawiyat, the Great Mosque and Madrassa Taynal.
If you want something new, try scuba diving in the waters near the ancient city of Tyre. You can explore some underwater archaeological ruins. Discover also the archaeological sites of Tyre. The first area contains a large district with buildings, public baths and mosaic streets, while the second area contains an extensive network of Roman-Byzantine roads. The third area contains one of the largest Roman hippodromes ever found. You can also go skiing in the resorts of Lebanon-Bakish, Ringing, Faqra, Faraya, Rudi and Laklouk, which offers accommodation and excellent facilities. Don't forget to look for turtles and rare birds on the island of Palm trees, listed as a UNESCO natural reserve, just outside the city of Tripoli.
And last but not least, visit the Museum of Gibran Besharre, better known as the place where the Lebanese poet Khalil Gibran, author of the Prophet was born. The city is the "gateway" to the Kadisha valley, a mountainous region famous for cedar trees. And if you managed to visit this amazing country, you must know that the Lebanon’s symbol is the cedar tree. 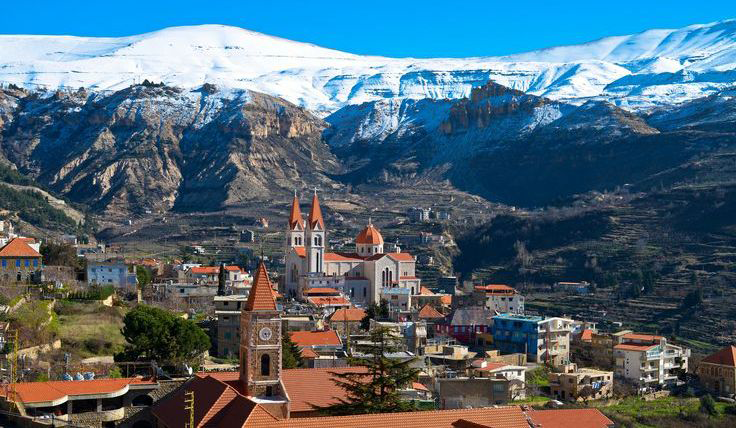 Photo Source
Back to Blog